We successfully help Physical status by improving wellness as a whole.  If metabolic dysfunction is at the core of your departure from wellness, we utilize functional medicine techniques, and activity regimes to improve your concerns while supporting the other components of wellness.

Metabolism is a term that is used to describe all the physical and chemical processes in the body that convert or use energy, such as:

Metabolism can be conveniently divided into two categories:

Metabolism is closely linked to nutrition and the availability of particular nutrients.

The chemical reactions of metabolism are organized into metabolic pathways. These allow the basic chemicals from nutrition to be transformed through a series of steps into another chemical, by a sequence of reactions. 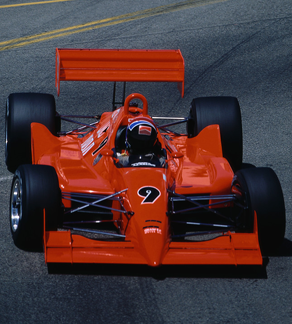 As you may know, proper diet and nutrition are critical elements to the successful achievement and maintenance of wellness.  Research has shown that proper nutrition goes hand in hand with fostering optimal function within the brain and body.

The nutrients we take in are the fuel that powers the engine that is us.  And like the engine in a high performance automobile, our bodies will not perform properly when a substandard grade of fuel is used.  This is why it’s paramount that we take in the right amount of prime quality nutrients and assimilate them into the nourishment we need.

The way we eat

“We eat to live, we do not live to eat” that’s the first rule of a healthy diet.  Again, if we make the analogy to fuel, we should only take in enough of the proper grade of fuel to keep our body running optimally. The problem is many do not; we take in more calories than we use, resulting in weight gain and ultimately disease.  The CDC reports that more than a third (35.7%) of adults and approximately 17% of our children in the US are obese.  The CDC also estimates that by 2030 the adult obesity rate will reach 42%, that’s roughly 32 million Americans who will become obese in the next 18 yrs.  The estimated healthcare cost for this percentage of people is 550 billion dollars.

Fast food chains are overabundant, much of what they offer is nutritionally inferior, as well as very high in fat, salts and sugars.  One becomes accustomed to these high concentrations and eventually finds healthier choices less palatable. Studies have shown that together with Junk Foods, Fast Foods contribute to the aforementioned obesity problems industrialized countries are dealing with.  Intake of fast food and sweets has also been shown to negatively affect emotional, developmental and cognitive disorders.

There is overwhelming evidence that processing and mass production has had a profound effect on the quality of our foods and ultimately on our heath.  For many, their diets consist of at least some foods that have been altered in some manner.  Companies use various techniques to appease the American palate, increase production, extend shelf life and ultimately save money.

“If you can’t pronounce it don’t eat it” can be your guide to processed foods and their additives.  A food can be considered processed if it has been boxed, bagged, canned or jarred and has a list of additives on the label.  There are thousands of chemicals used in the manufacturing of processed foods.  Chemicals are used to preserve freshness, add sweetness, change texture, alter appearance (bleaching, coloring) and add flavor.  Many contain trans-fats, high fructose corn syrup, refined grains and salts, all of which should be avoided.

Let’s play a game, first try to quickly say all the chemical ingredients, then try to guess what the product is, remember items are listed in the order of abundance from most to least:

One cost saving mass production strategy is Factory Farming. This is the process of raising livestock in confinement at high density.  The main products derived from this strategy are meat, milk and eggs.  To make the livestock more productive, farm factories employ methods such as the feeding of non-typical food types including excessive grains, animal byproducts and meat from their own species. The crowded conditions are detrimental to the growth and health of the animals, as a result they are given chemicals and medicines including antibiotics.  Basically, factory farms attempt to mass produce animals and animal products to have the most profit value, with little regard for the life of the animal or the final quality of the product.

Another mass production technique is the use of Genetically Modified Organisms or GMO. This is where genes are taken from one species are forced into another, thus creating an entirely new species, one that has not gone through the evolutionary process and one that our immune systems may over react to.  GMO crops are developed presumably to have a positive effect on crop production through weed elimination and insect resistance.  In 1996 GMO were first introduced as corn as well as soy crops, and currently there are over 100 million acres of GMO crops in the US.  GMO are now also being used for crops such as alfalfa, canola, cottonseed and sugar-beets.

Basically, there are two main types of GMO crops, those that are herbicide tolerant and those that are pesticide producing.  There is mounting anecdotal and laboratory evidence that each type of GMO is having a profound effect on both humans and the livestock .  Consumption of GMO crops and GMO feed livestock has been linked to maladies such as inflammation, allergies, auto immune disorders, gastrointestinal disorders, infertility, birth defects, cancer and developmental disorders such as Autism, to name a few.

The nutritional value of our foods

Over the past half century many of our fruits and vegetables have shown a reliable decline in the amount of protein, vitamins and minerals they possess.  Scientists have postulated the following explanations:

At Ny Wellness we take advantage of practical assessment tools to get the information we need. We then recommend appropriate food choices and supplementation, based upon not only the symptoms but also the careful analysis of laboratory testing.  Why is nutritional assessment so critical?

You may have heard of leaky gut, or intestinal hyper-permeability.  This is when the lining of the digestive tract becomes porous and allows under-digested foods, toxins, and other pathogens into the bloodstream.  These irritants trigger a delayed response in the immune system, releasing inflammatory compounds, increasing the risk for food sensitivities, inflammation, pain, and autoimmune disease.

Since the brain and gut are intimately connected, leaky gut eventually leads to leaky brain.  In other words, the protective lining of the brain, called the blood-brain barrier, also becomes porous, allowing harmful irritants to affect the brain.  These foreign particles trigger the brain’s immune system, resulting in damaging inflammation.  At the very least, leaky brain results in ‘brain fog’ – in more severe cases, it contributes to emotional and developmental delays such as anxiety, depression, autism, ADHD, learning and behavioral challenges.

Gut issues are not always obvious when the brain is being affected; an individual may be experiencing food-sensitivity related inflammation, but have no outward symptoms of digestive dysfunction.  The good news is that addressing and repairing the gut will help restore the blood-brain barrier, as both are very responsive to positive nutritional and lifestyle changes.

Children and adults are plagued by many health complaints that are related to digestive dysfunction.  The reciprocal relationship between gut and brain function has been well established.  In addition, maladies such as impaired immunity, digestive distress, malabsorption and nutritional deficiencies have long been correlated to emotional, cognitive and developmental well-being.

Digestion begins in the mouth and concludes in the large intestine, along the way there are many factors that contribute to optimizing the process.  From breakdown and transport to absorption and assimilation, throughout the process there are various regions with their own specialized function.  And not unlike the brain, all these specialized areas need to work together appropriately for us to have proper function.

One common factor related to digestive dysfunction is the incomplete breakdown of what we ingest.  Food is broken down by mechanical, chemical and enzymatic processes.  When one or more of these processes are insufficient, food passes through the gastrointestinal tract without being absorbed or it is improperly absorbed despite being too large. The result is poor nutritional status, which can contribute to numerous emotional, physical and cognitive disorders.

Digestive health can be further impaired by an imbalance between beneficial and pathogenic bacteria in the gastrointestinal tract, which can contribute to flatulence, diarrhea, constipation and or poor utilization of nutrients.  Along with incomplete breakdown of food and its absorption, this imbalance contributes to the aforementioned leaky gut syndrome and its deleterious effect upon us.

Fats also known as lipids are essential to health and specifically for our conversation, healthy brain function.  Lipids are composed of fatty acids which act as the building blocks for cell membranes and other essential substances needed by the brain and body.  Most are unaware that the majority of our brain’s dry weight is actually comprised of fat.  This fat is necessary for proper nerve conduction and the electrical activity of the brain depends greatly upon it.  Fatty acids also serve as the raw material used to produce energy.  It is now well understood that the correct balance of omega-3 and omega-6 fatty acids is essential if you want to be the healthiest you can be.

There are actually two problems related to how these fats are being consumed by most in the typical American diet:

Basically, most consume the wrong amount and the wrong ratio of these highly beneficial fats.  Both omega-3 and omega-6 fats are essential to your health, but when omega-6 is consumed in excess, it becomes problematic.  As a group, when consumed in the wrong ratios, they tend to stimulate inflammatory processes in your body, rather than inhibit them.

Deficiencies and inappropriate ratios of fatty acids have been linked to the following:

Is the ‘perfect diet’ enough?

First let’s define the ‘perfect diet’.  An individual’s ‘perfect diet’ should be rich in protein, have moderate amounts of complex carbohydrates, contain appropriate amounts of good fats, vitamins and minerals, while being low in bad fats, salts and sugar.  The only foods to be eaten are non processed, organic, free range, non factory farmed and  non GMO. While achievable for some, this type of diet is not attainable for many.  So we need to be practical and do the best we can to guide you in your own particular situation.

As previously mentioned, our approach is one of moderation when making dietary recommendations and is based on our practical testing and your specific needs.  Our long-term goal is to increase function of all systems within the body, including the digestive system.  Thus allowing the body to properly utilize nutrients provided from a healthy diet

Fitness is described as the condition of being physically fit and healthy. together we will come up with a program that’s right for you. There are many factors that contribute to one’s fitness, such as:

Mindset – to be fit we need to adopt the right attitude. Your mindset can be the difference between succeeding or failing at your goal.

Commitment – set up a schedule, keep track of your progress and stick to it.

Regimen – the type, frequency and intensity one’s routine is based upon a few things. Things like specific goals (both short and long term), your time availability and your current physical status all play a role in the determining what regimen is appropriate for you.

Nutrition – what you eat and drink will play a critical role in achieving your goals. Without the proper nutrients to fuel our bodies we can never reach out full potential.  Read more about our nutritional approach above.

Recovery – rest is paramount in achieving success in physical as well as mental endeavors.  If you’re challenging yourself with physical activities you must let yourself recover by getting sufficient amounts of rest between activities and sleep each night. Read more about the importance of sleep here.